Sitting on the grounds of an ancient mountain village, Highland Cultural Paradise offers visitors the chance to travel back in time and relieve for just a few hours all the action that took place in this exact spot centuries ago. I spent nearly three weeks in Rarotonga while backpacking across the South Pacific Islands, paying a visit to the village on a day tour and the evening island night show. Here’s an insider’s review of Highland Cultural Paradise in Rarotonga.

To reach the village, you’ll travel up a steep track that leads to the mountaintop. If you’re coming for an evening island night show, they’ll pick you up and drop you off anywhere on the island. 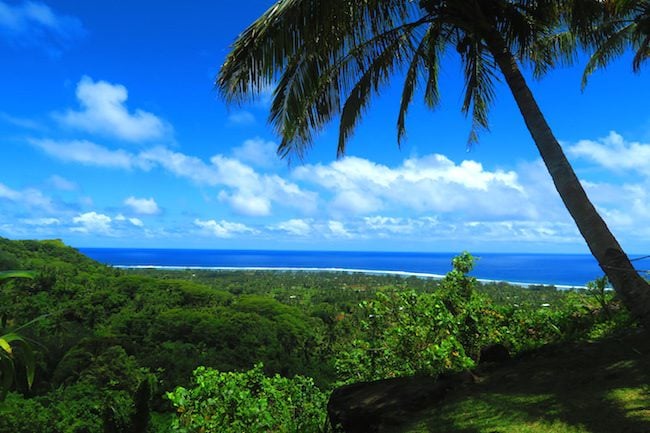 The mountains overlooking Rarotonga’s west coast were once home to the Tinomana tribe. Their life was marked by endless conflict with neighboring tribes, cannibalism, and awesome sunset views.

With the arrival of the missionaries, the local chief was miraculously convinced to convert to Christianity and obviously the entire tribe followed suit (the story is really incredible but I won’t spoil it for you). The missionaries also convinced the tribe to abandon their village in favor of a more comfortable (and now peaceful) life down by the coast. And so, the Tinomana’s village was left for nature to take over for the next 600 years! 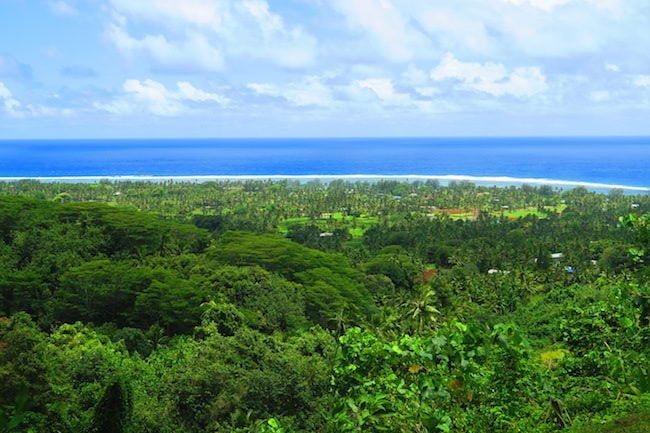 Though forgotten by others, the descendants of the high chief did not forget where they came from. In a long and challenging process that is still happening these days, small parts of the 205-acre mountain village have been excavated and turned into the cultural village that we know today. This authentic local effort is truly about preservation and showcasing the exotic culture of the Cook Islands to the world. 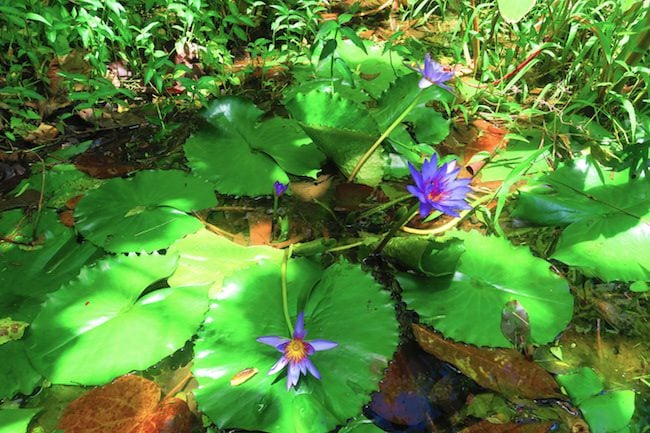 You can tour the grounds at your leisure, but I highly recommend booking a spot in a guided tour which takes place twice per week. Your friendly guide is not only dressed like a true Tinomana tribesmen but also has a great sense of humor – a quality I am not sure the ancient tribesmen possessed (you’ll soon see why). 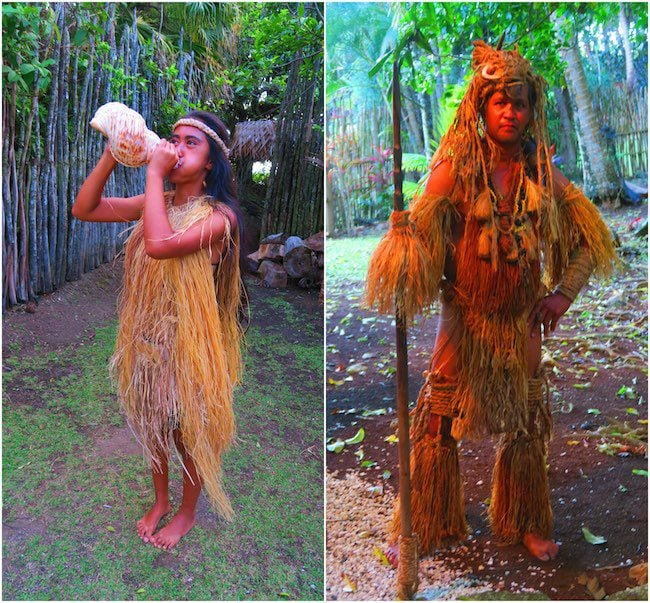 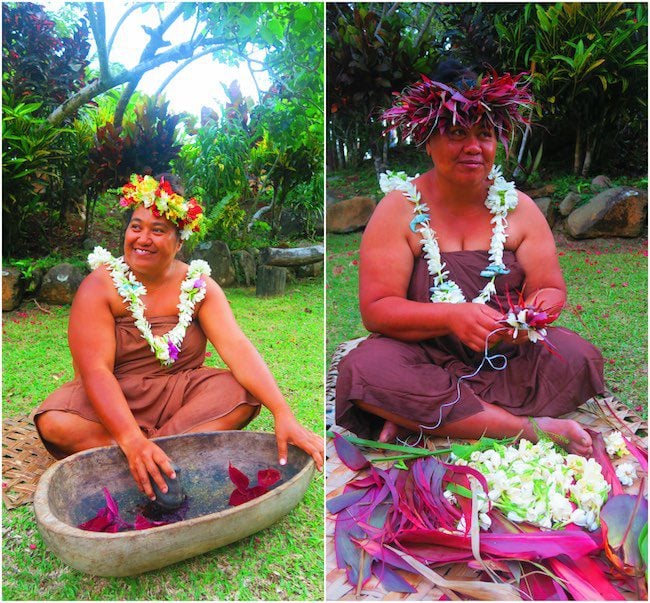 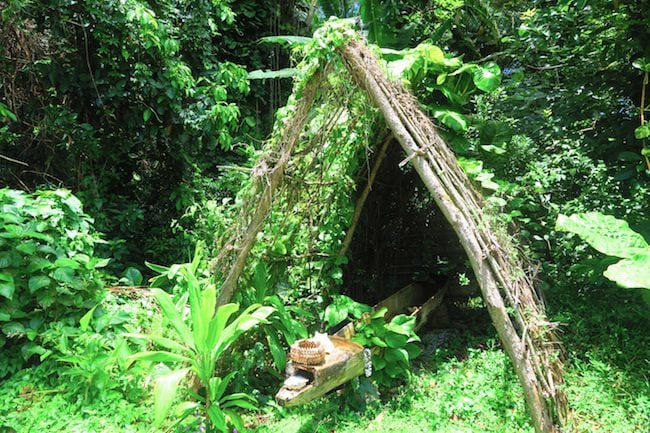 The tour takes you through various stations in the restored village. You’ll visit an actual ancient marae, where things get a bit serious as you witness a key religious ceremony as it is thought to have been carried out in the old days. I told you, it’s all about authenticity here. 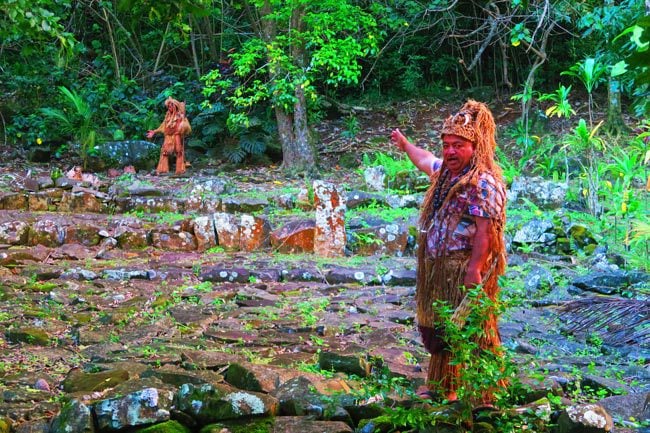 You’ll also learn about the way justice was handed down back in those days. The round looking boulders would have to be carried by convicted men and women from one side of the island to another (mind you Rarotonga has a very rugged interior). If you thought that was bad luck, that sharp looking stone was used for… you guessed it. 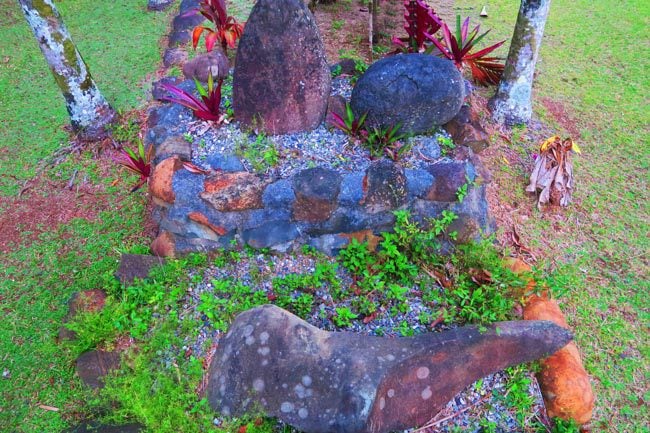 The tour concludes at the panoramic lookout point, where you’ll seriously wonder how the chief was convinced to relocate to the flat coastline. 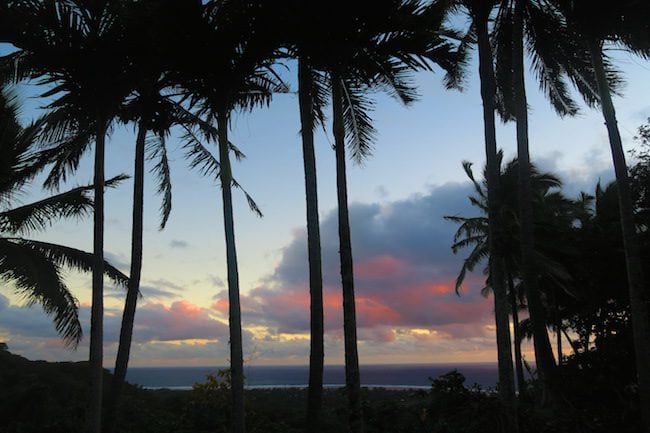 The ‘sunset show and feast’ as it is referred to here is definitely the village’s main attraction. In fact, this island night show has received several awards despite being a relatively new player.

Guests are split into two teams and are first led by their team leaders on a mini version of the village tour I described above. The tour concludes with a grand entrance into the dining area and stage – perfect timing as the sun makes its final plunge into the South Pacific. 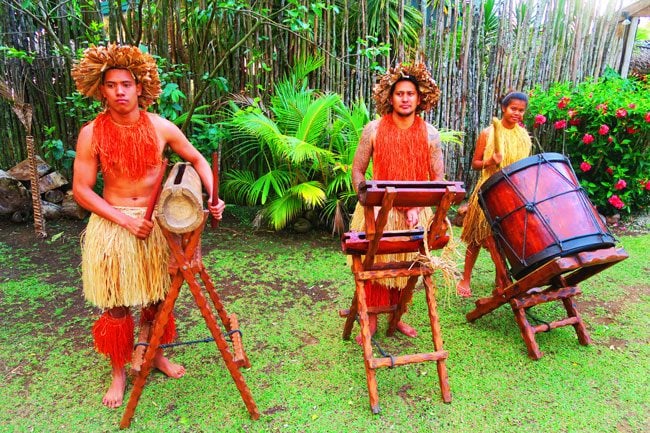 Dinner is then served buffet style, with a large selection of simple yet delicious food. You’ll have the choice of tasting local dishes like taro, breadfruit, and ikamata – to go along with the usual dishes from back home. Having earlier spent more than a month in Samoa and later three months in French Polynesia, I can definitely say that the food at Highland Cultural Paradise was authentically Polynesian. 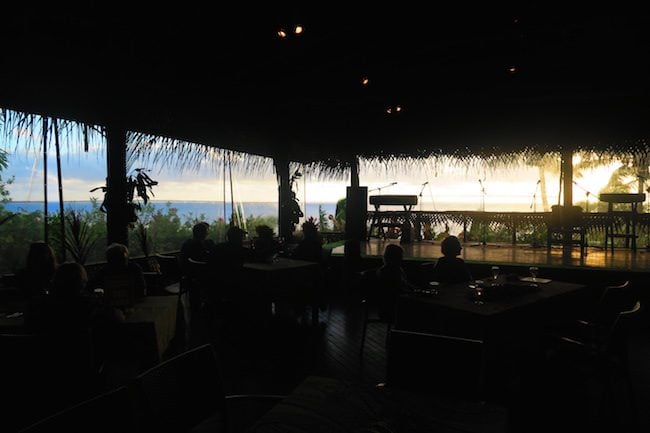 Food aside, the evening reaches a climax with the island night show. Young local dancers fill the small stage, reenacting various legends from the tribe’s rich history. The skillful dancing is accompanied by a live band of drummers and singers. While there was understandably no fire dancing (that would be a major fire hazard), the authentic passion in the dancers’ eyes and every move, kept me wanting to see more. 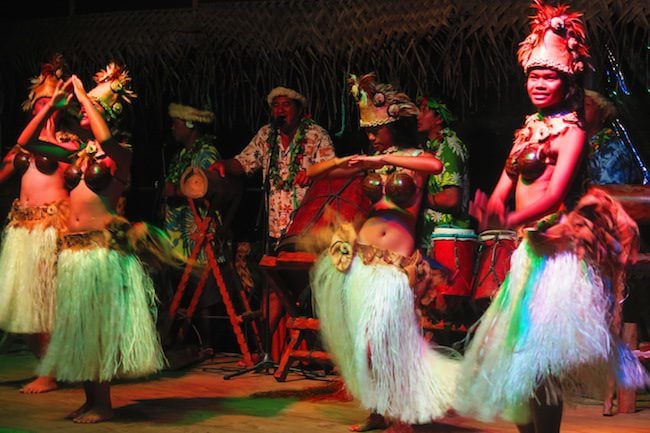 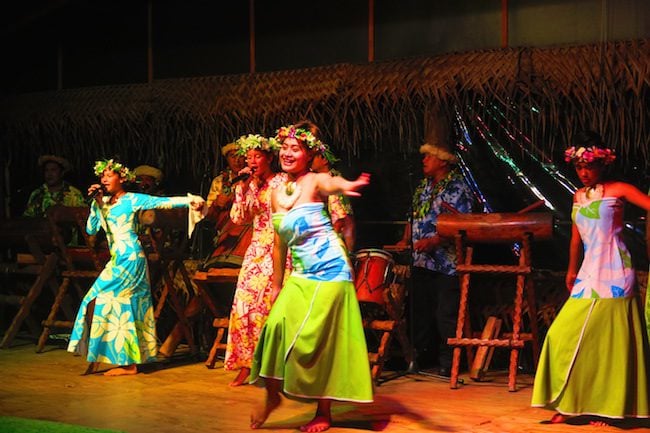 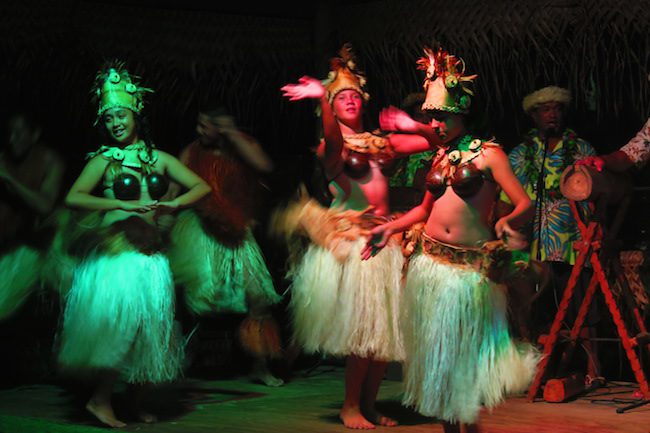 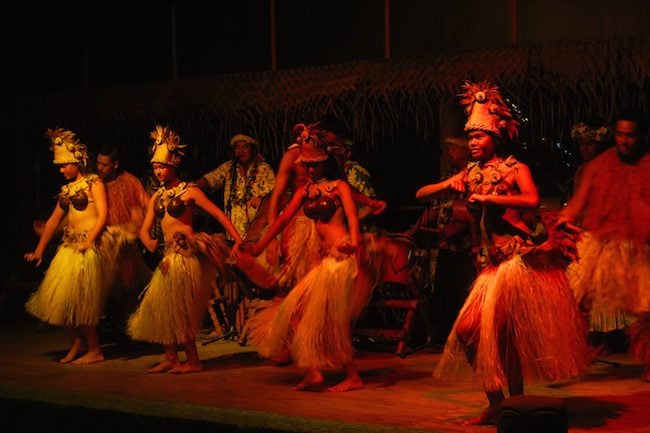 My experience at the Highland Cultural Paradise felt very authentic, lacking any unnecessary glamor and humoristically hosted by a talented MC. Heck, even ‘Mr. Hopeless’, the local bus driver who loves to sing Andrea Bocelli songs, was playing the drums. It was great to take part in this local project, truly about preserving the ancient legend of the Tinomana and the Cook Islands. 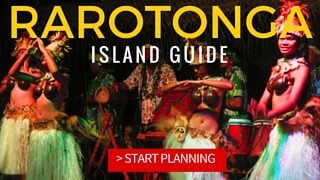 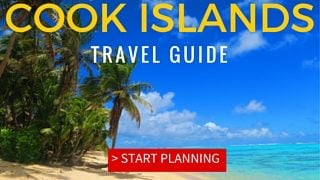 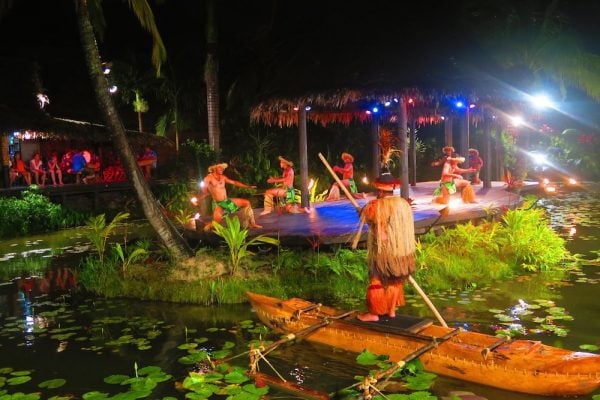 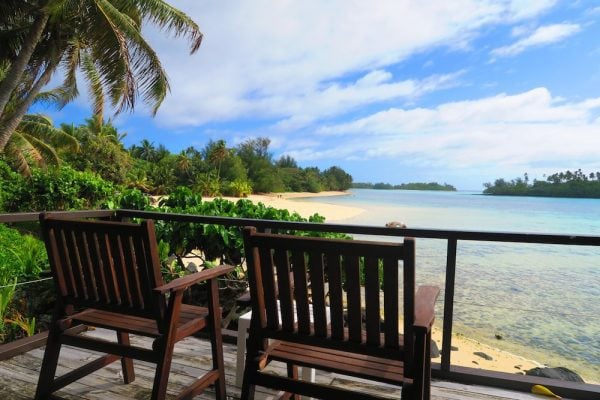 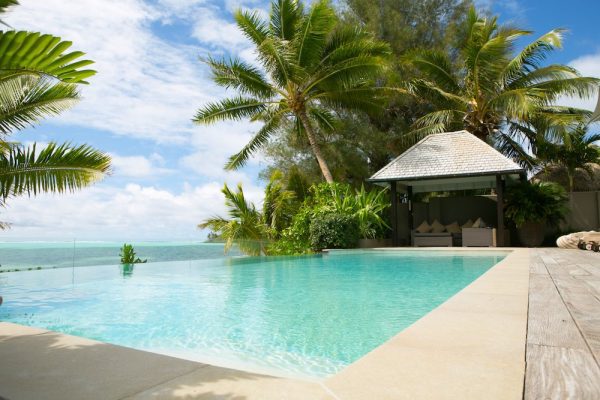 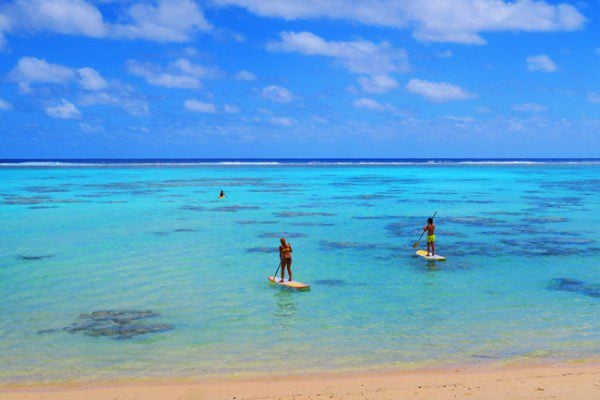 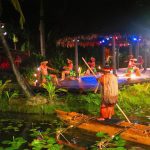 It’s a well known fact that all Cook Islanders love to sing, dance and ... 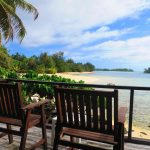 Rarotonga in the Cook Islands is the perfect tropical vacation in the heart of ... 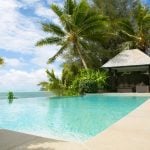 Rarotonga in the Cook Islands is the perfect tropical vacation in the heart of the ... 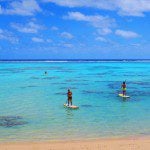 Kia Orana and welcome to the Cook Islands! Adjust your clock to ‘island time’ ...