Reminiscent of San Francisco but with the obvious advantages of European architectural and culinary charms, Lisbon is one of the most enjoyable (and affordable) European capitals to explore. From negotiating its steep hills en route to panoramic lookouts, to satisfying your sweet tooth or the craving for fresh seafood, here are 10 of the top things to do in Lisbon.

Visiting Lisbon? This in-depth sample itinerary is at your disposal for planning your own adventure!

The culinary scene is a key part of every vacation but the twist when it comes to a visit to Lisbon is the affordable price of drinking and dining. Breakfasts in historic cafes send you back in time over a cup of whipped-cream-covered hot chocolate with a side of cake, while in true Lisbon fashion, lunches are often accompanied by breathtaking views or a healthy dose of sun, and dinners with a bottle of wine of the Douro Valley. Between meals, sample some port wine or the local cherry liqueur and if you really want the full tourist experience, accompany your evening meal with the melancholy tunes of the fado before hitting the streets of the Bairro Alto for a night cap. 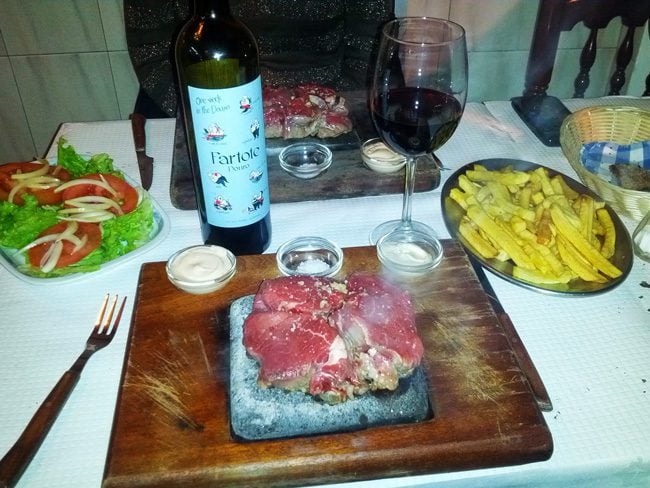 9. Getting lost in the alleys of Alfama

Once a posh neighborhood, Alfama’s labyrinth of charmingly run down alleys attracted fishermen in search of cheap real estate by the river when the aristocrats moved out. Part of the fun of exploring Alfama is simply getting lost as you wander from one alley to another and watch the locals go about their daily routines. Hiding in this maze is the beautiful Spanish-style church of Sao Miguel while further out is Lisbon’s main cathedral – the Se – built on the site of a former mosque to mark Lisbon’s capture from Moorish hands. 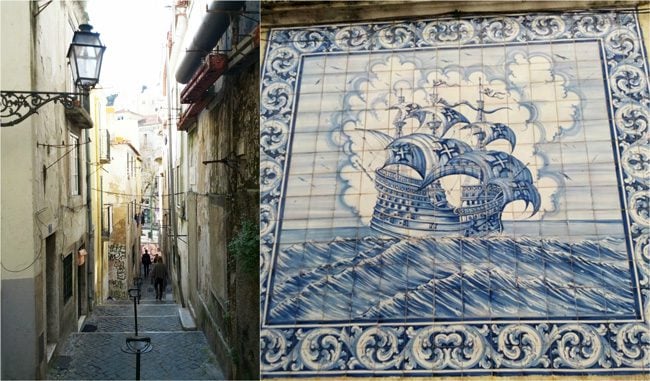 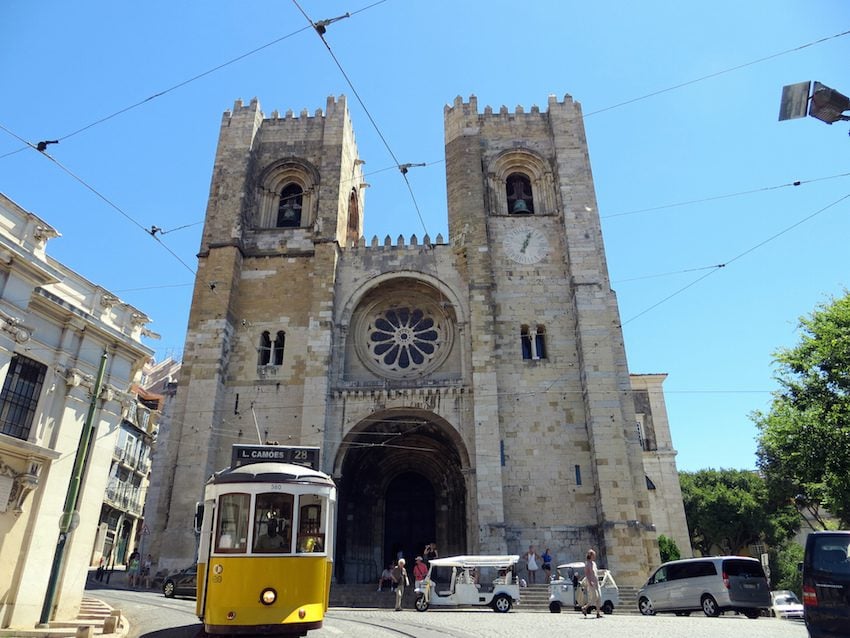 As enjoyable as exploring Lisbon by foot may be (and it is), getting up its steep hills can be mighty hard. Can you imagine the effort it sometimes takes locals to simply buy a carton of milk or visit relatives? Actually, you don’t have to! Lisbon’s lifts – the elevadores – are a marvel of engineering considering most were built in the mid 19th century. Initially using water to get the carriage up and down, upgrades were later made to steam power and finally to electricity. These iconic lifts still connect the lower parts of the city center with the upper districts. From the gothically-fashioned Elevador de Santa Justa in the Baixa to the steep Elevador da Bica to the Bairro Alto, be sure to ride in style and consider purchasing the Lisbon Card to ride as many as your heart (and feet) desire. 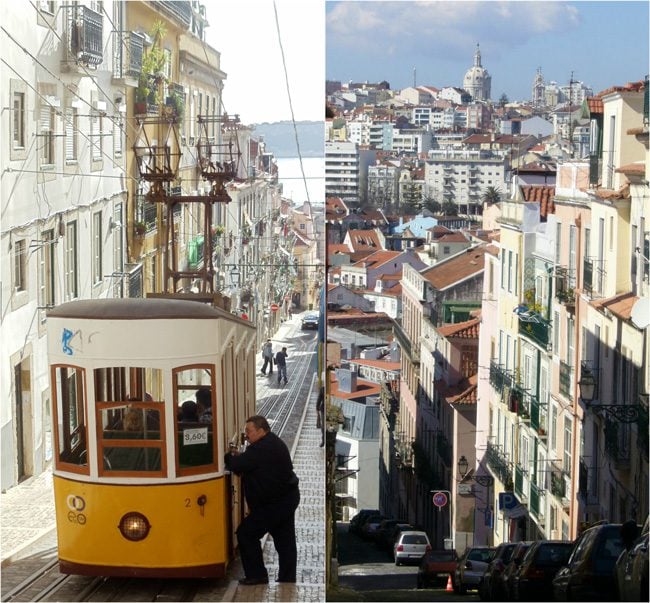 7. Seeing what’s fresh at the market

I don’t know about you but I’m a real sucker for local markets, especially the ones in European culinary hotspots such as Spain, France, Italy and… Portugal (no offense London). When in Lisbon, get an early start and pay a visit to Mercado da Ribeira, close to the river in the Chiado district. The current H-U-G-E steel structure dates back to 1930 but shopping has taken place here for much longer. Inside, you’ll find two floors loaded with stalls and their animated sellers. The real highlight here is the seafood, ranging from the ordinary to the kind you’ll think twice before eating. 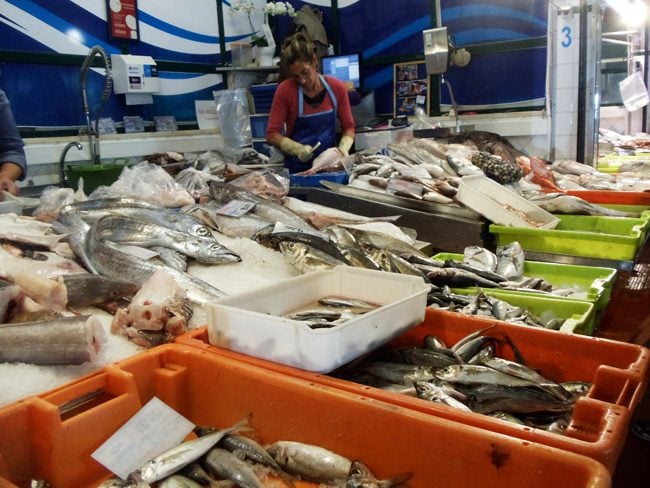 6.  Admiring the riverside architecture in Belem

The lovely riverside suburb of Belem is a 20-minute ride from Lisbon’s historic city center. A very popular urban excursion, Belem boasts a number of iconic landmarks, fine museums, manicured gardens, and one special sweet-tooth stop that we’ll cover further down this top 10 list. Belem was the site from which Vasco da Gama set sail to India in the 15th century, a journey which pretty much fired Portugal’s magical era known as the Golden Age. You’ll love spending at least half a day exploring the neighborhood, inspecting from up close its monuments, and enjoying a fine meal out in the sun before heading back to town. 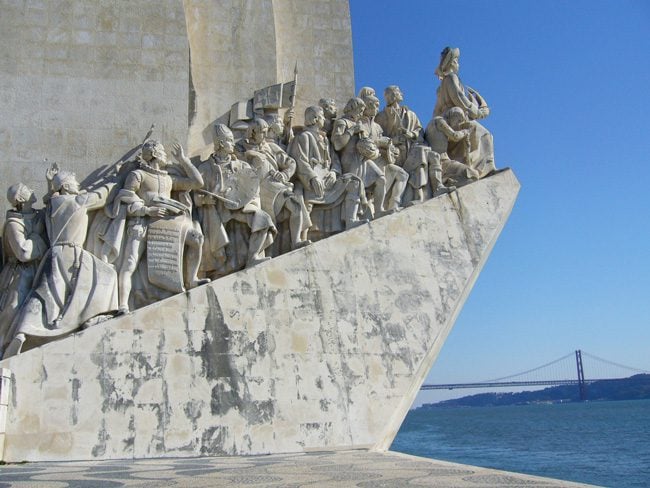 5.   Stepping onto a Hollywood set in the palace of Sintra

Located about 30 km outside of Lisbon, the village of Sintra was the summer home of the royal Portuguese family and where you can travel back in time for the day. Sintra’s wealth of attractions have the making of a memorable day trip from Lisbon, but without a doubt, its top highlight is a visit to the Palacio da Pena – the Royal Palace. With brightly colored towers rising from the forest and a series of bridges and ramparts connecting them, the royal palace looks like something out of a Hollywood movie. It was only built during the 19th century so the royal family had very little time to wear this place out before having to flee at the outbreak of the 1910 revolution. The result is a well-kept palace where visitors are rewarded with a vivid glimpse into royal life at the time, complete with all the luxury items, ex-modern gadgets, and the likes. 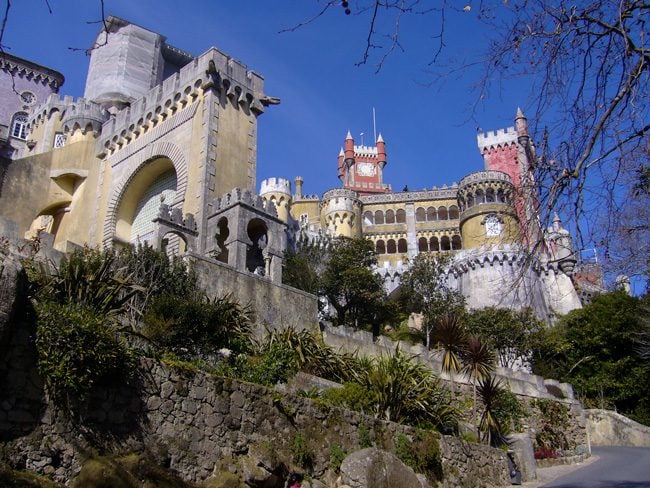 Lisbon’s historic (and super cool) public transportation doesn’t end with the lifts – elevadores – that ferry passengers up and down the hills. There are trams as well! I’m talking about the iconic yellow trams – electricos – that somehow still manage to get around the elevated city after all these years. The most scenic ride is the #28 tram from the Baixa up to the Graca and back down via Alfama. Throughout the journey, the ride offers exceptional views of Lisbon and miraculously manages to overcome the steep inclines (and declines) as well as super tight corners. However, you’ll have to share the small carriage with locals, dozens of other tourists, and pickpockets. 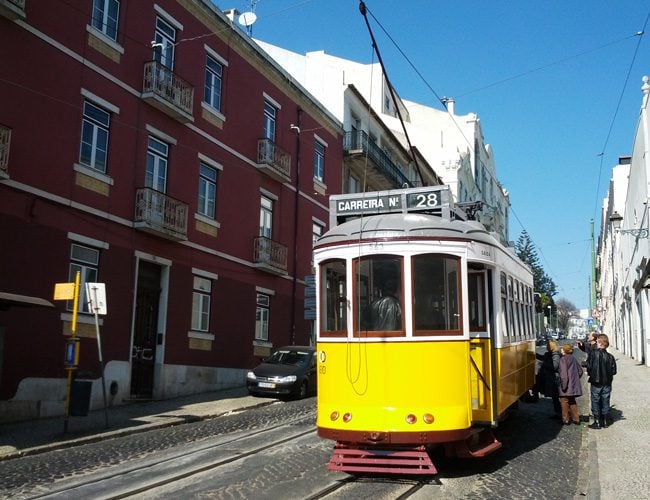 3. Climbing up to the Castelo

Enter the gates of the medieval village of Santa Cruz and keep climbing until you reach the Castelo de Sao Jorge – better known in these parts of town simply as Castelo. The ancient Moorish castle commands the finest views in a city that’s already blessed with many scenic lookouts (as we’ll soon see). Presence on this prime real estate dates back to 48 BC, with the Moors later fortifying the hill in the 11th century. In 1147, the castle was placed under siege by a tandem of Crusaders and Portuguese Royalty. When the dust had settled, the royal family stuck around for a few more years to enjoy the views and the breeze before converting the fort into a prison. Come here to stroll the grounds, ride on a canon, check out the views from the ramparts, and listen to talented guitarists hiding in shaded corners of the castle. 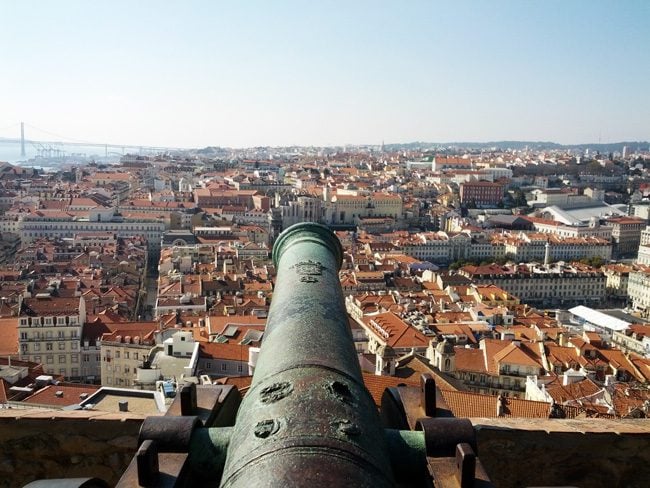 2. Ordering another round of vanilla-custard tarts

With all due respect to Belem’s wealth of historical sites, the real reason for hopping on the tram and venturing here in the morning hours is to have breakfast in Pastéis de Belém. If you’re not sure where it is, just follow the crowds! This special cafe has somehow mastered the art of making the pastel de nata – a custard-filled tart that you can’t stop eating. These tarts are ubiquitous in Portugal but they taste nothing like they do here. Perhaps it’s because Pastéis de Belém has been around since 1837!

1. Hopping from one scenic lookout to another

We have to thank Lisbon’s urban planners for, as they were wise enough to leave a few square meters of open space on every hill overlooking the city. The result is a network of charming miradouros – scenic lookouts that range from small gardens to large terraces. Naturally, they’re a prime gathering spot for neighborhood residents, the kind of place that brings people together and where you as a visitor to Lisbon can watch life go by with a glass of ice cold Sagres on a warm day or a hot cup of tea in winter months. For the most enjoyable experiences, grab breakfast with a view at Miradouro de São Pedro de Alcântara, watch the #28 tram go by and the red rooftops of Alfama at Miradouro de Santa Luzia, and go for sunset drinks at Miradouro de Santa Catarina in the Bica district. 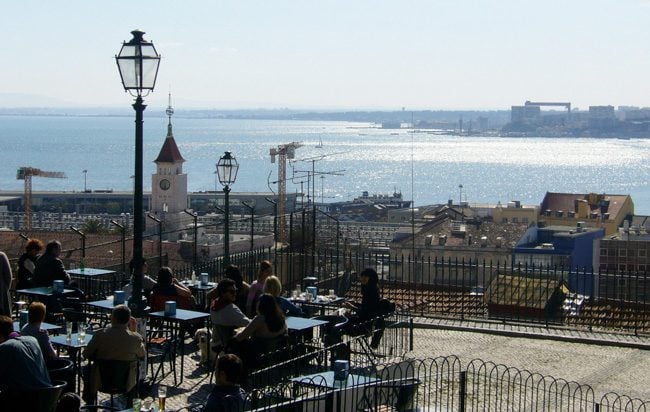 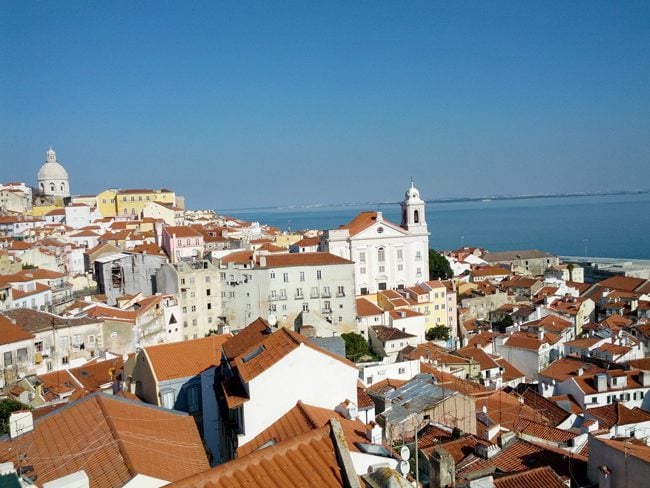 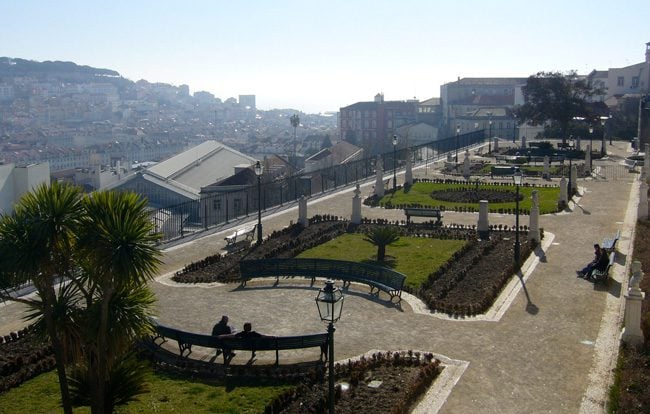 Now that you know the top things to see and do in Lisbon, start planning your own adventure! Are you including Porto or other parts of Portugal in your travel plan? Sample Portugal itineraries and an in-depth guide to Portugal’s “other” great city are all waiting for you in the Portugal Travel Guide collection. Bom dia!

Looking for more information on Lisbon? 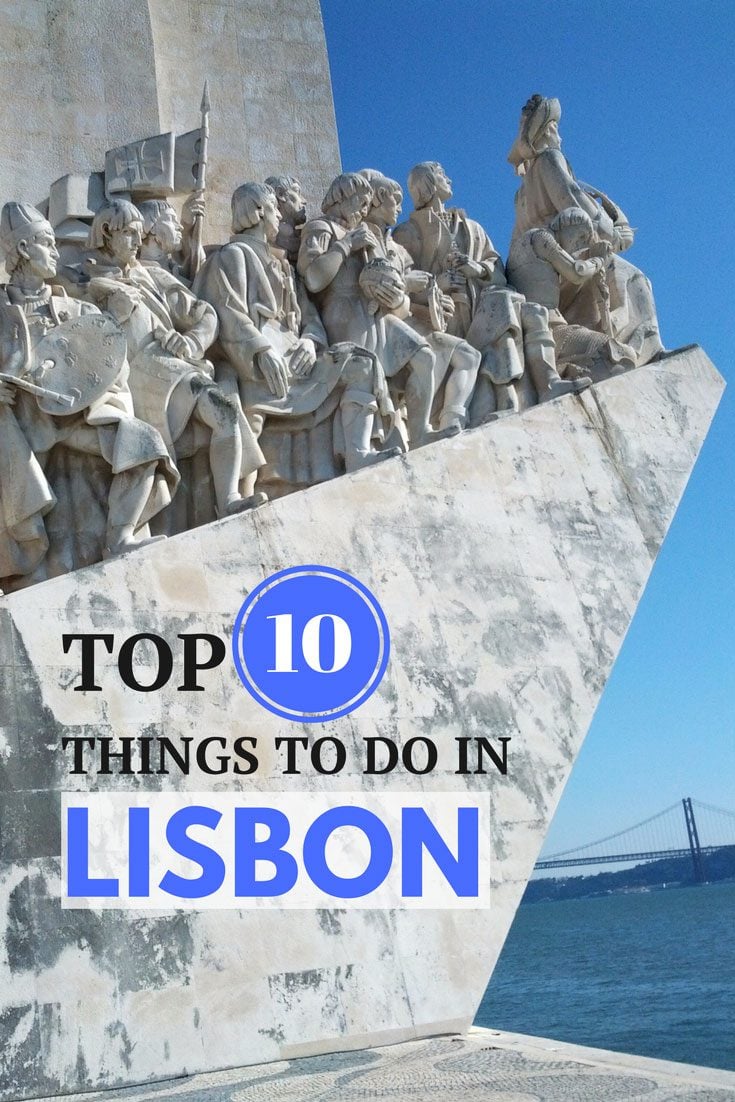 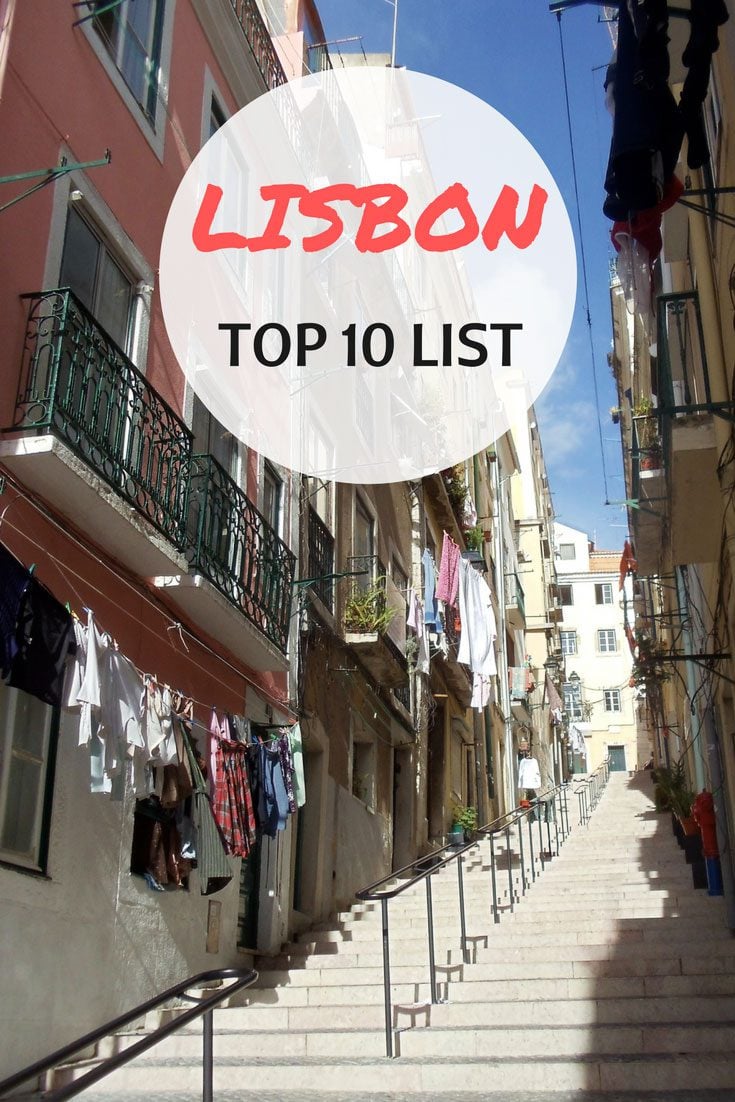 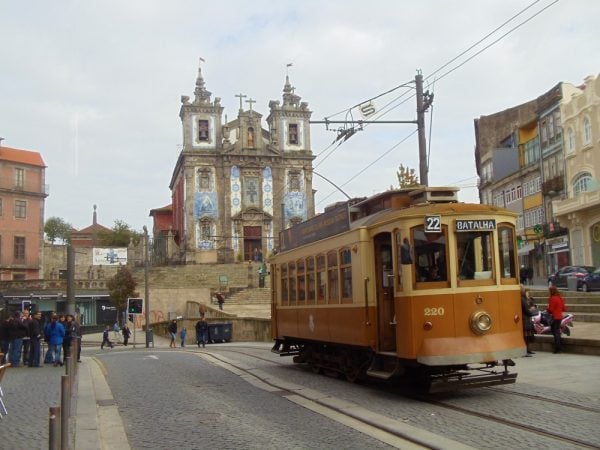 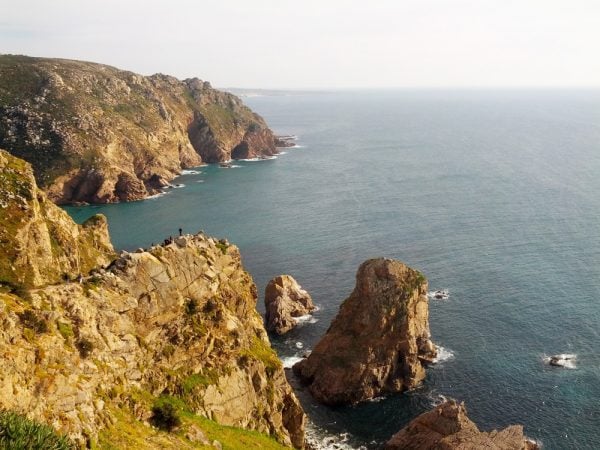 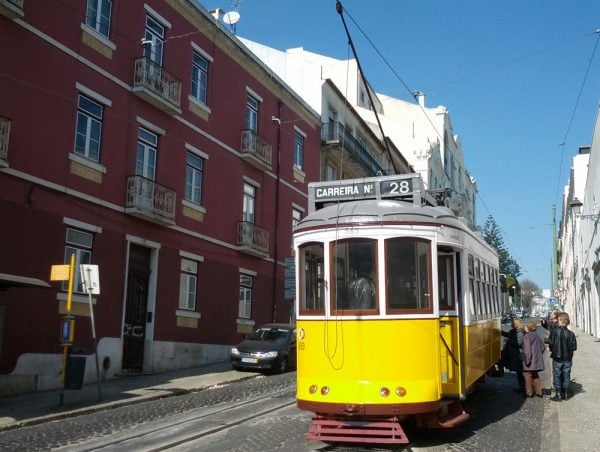 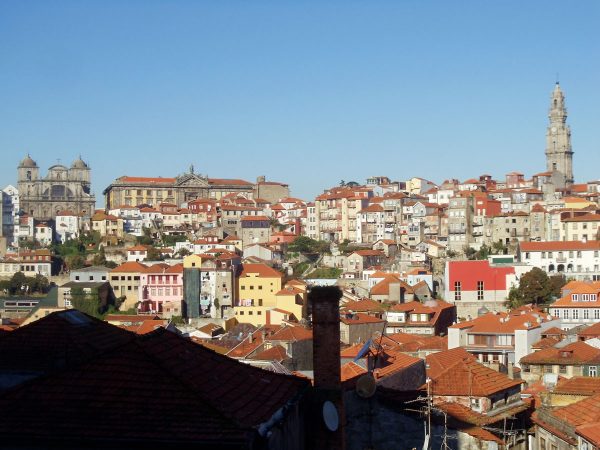 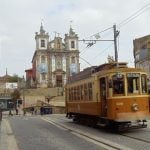 A week in Portugal is the perfect amount of time to get a taste ... 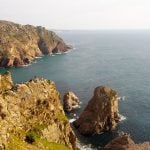 Portugal is one of the most interesting European destinations to visit and also among ... 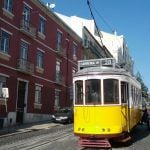 Europe’s original version of San Francisco, Lisbon is a city that wins your heart right ... 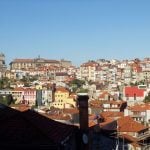