Living in complete isolation on one of the loneliest islands in the worlds, Easter Island remains one of the world’s greatest mysteries. Nearly 1,000 strange monolithic moai statues raised on 300 temples by a primitive culture whose ancient oral history has completely vanished, a visit to Easter Island is an incredibly thought-provoking experience that reaches far beyond the norms of travel. This Easter Island travel guide frames the basis of your visit and will help you plan the journey of a lifetime to Rapa Nui.

About This Easter Island Guide

Having visited the South Pacific on three occasions, finally making it to Easter Island was quite a personal achievement. I spent a few days exploring Easter Island as part of an expedition-style cruise from Tahiti to Easter Island, returning the following year for a second visit. The information in this Easter Island travel guide is based on my experiences and on extensive research. 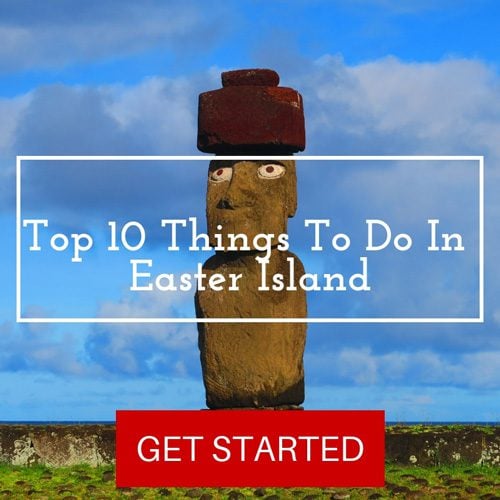 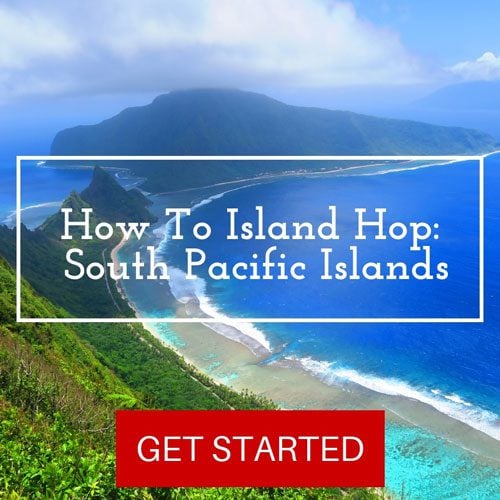 Though lacking the “typical” Polynesian tropical island flare, a visit to Easter Island is not only a celebration for the eyes but also an exercise for the soul. One of the world’s greatest mysteries is perhaps a lesson or a “red flag” for humankind. It’s an example of how a glorious society, capable of erecting immense monolithic structures, can quickly decline and spiral to a bloody civil war over the loss of natural resources. Come to Easter Island to be dazzled but be sure to understand the context before touching down. This guide will hopefully help you answer the question of why even visit such a remote outpost.

Easter Island’s anthropology and history are very interesting topics for any visitor to this unique destination and, in fact, in the “essential travel tips” section of this Easter Island travel guide, I will list a few recommended reading sources. In this section, I’ll briefly highlight some of the key facts that any visitor to Easter Island should find useful.

Where Is Easter Island located?

Easter Island marks the eastern tip of the “Polynesian Triangle” – an area in the Pacific Ocean that stretches from New Zealand in the west to Hawaii in the north and to Easter Island in the east. There are approximately 1,000 islands within this so-called triangle, all of which are home to Polynesian societies that colonized the islands in multiple waves many centuries ago. 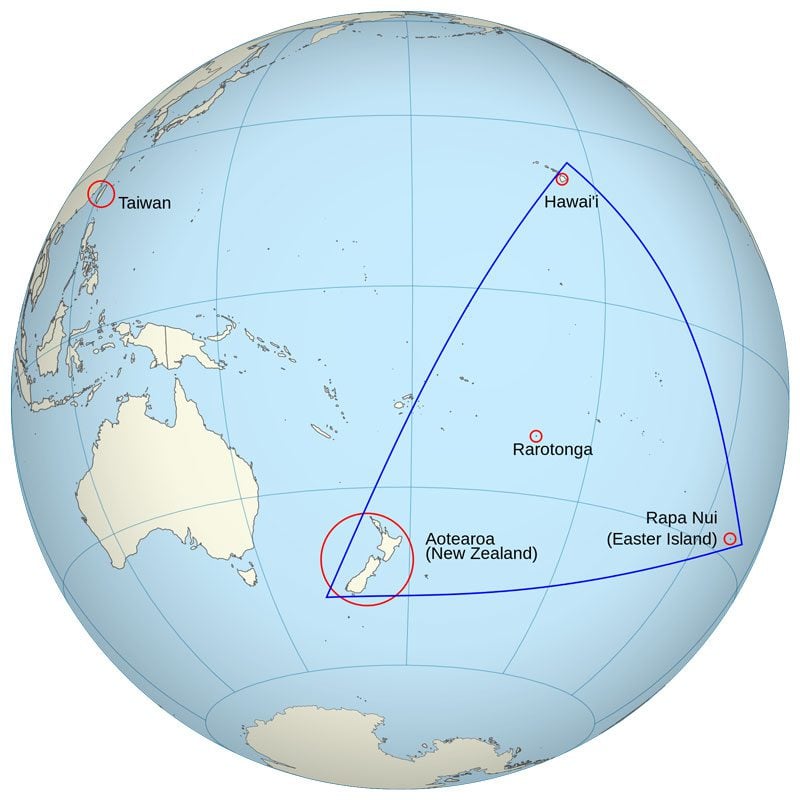 Easter Island is one of the most isolated islands in the world and definitely the loneliest of the Polynesian islands, even more so than Pitcairn Island. Beyond Easter Island lies an empty 4,000 kilometer-long stretch to the coast of Chile on the South American continent. Its closest inhabited “neighbors” are Pitcairn Island (1,900 km to the east) and Mangareva in the Gambier Island group of French Polynesia (2,500 km to the northeast).

Easter Island was “discovered” on Easter Sunday, April 5, 1722, by the Dutch explorer Jacob Roggeveen, hence the name Easter Island. The island is also commonly known by the name Rapa Nui, a name that was introduced in the 1860s. This either followed a visit by Polynesians from the island of Rapa in the Austral Islands group of French Polynesia or following the repatriation of a handful of surviving islanders from the Peruvian slave raiding tragedy who needed to be distinguished from other islanders. Since Easter Island (sort of) resembles the smaller island of Rapa (Rapa Iti), the name Rapa Nui stuck. Easter Island is also known (more locally) by the name Te Pito O Te Henua which literally translates into “the navel of the world”, however, there is no clear reason behind it besides oral tradition. 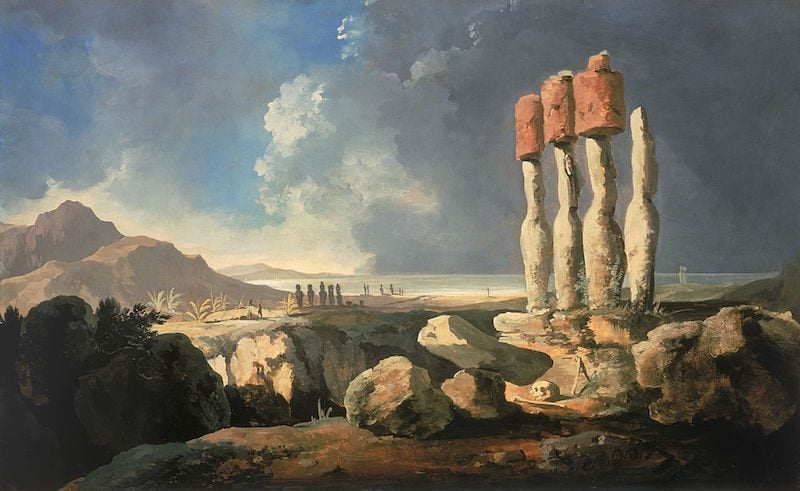 Some scholars believe that Easter Island was never actually named by the original Rapanui people who discovered and colonized the island. This actually makes sense because, with nothing else around, where is the need to name the island? Locals did name specific places on the island itself but likely referred to the island in its entirety simply as “the land”.

Easter Island is not your “typical” Polynesian paradise. It has no flowing rivers, no deep valleys, no towering peaks and no protective lagoon. Starting from approximately three million years ago, Easter Island was formed by the successive eruptions of three separate volcanoes who combined to give Easter Island the shape of a triangle. The island is fairly small and has a land surface area of 160 square kilometers. Its highest point is the summit of Mount Terevaka (510m). 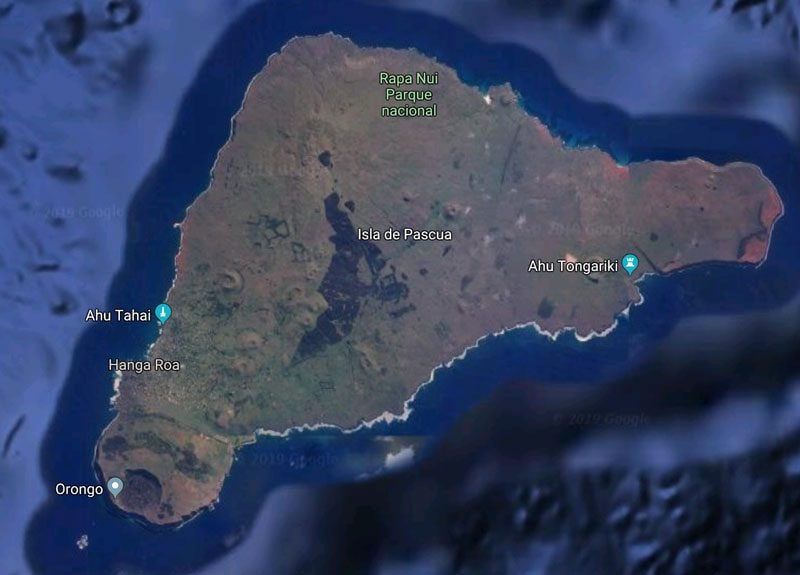 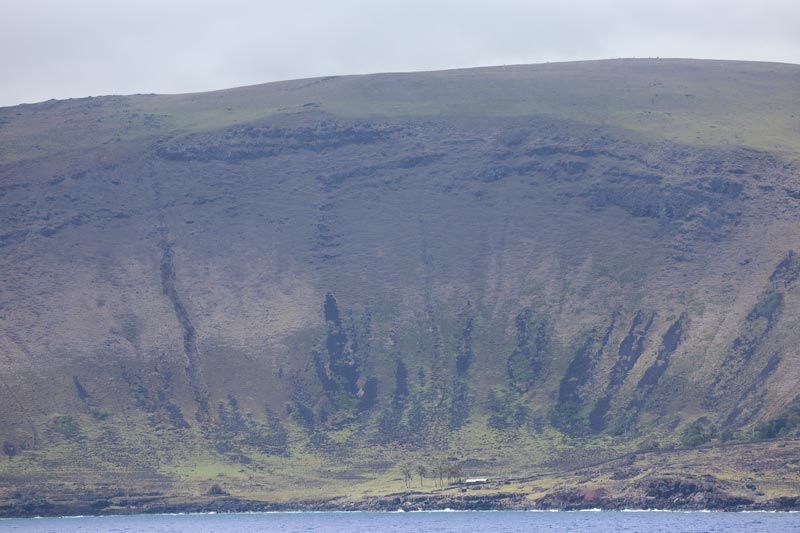 Easter Island lies below the tropics and as such, experiences mild weather throughout the year (see Easter Island average weather). The most striking feature of its climate is the wind, a constant force which posed an extreme challenge for early settlers and their agricultural aspirations. 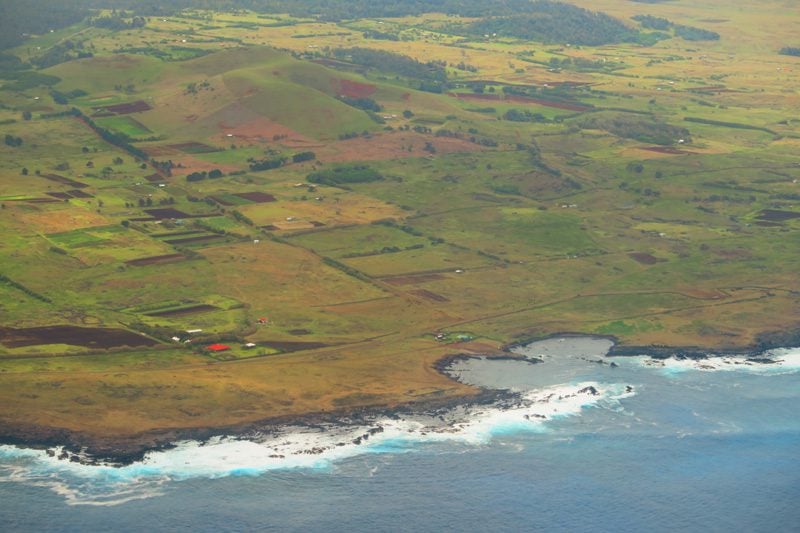 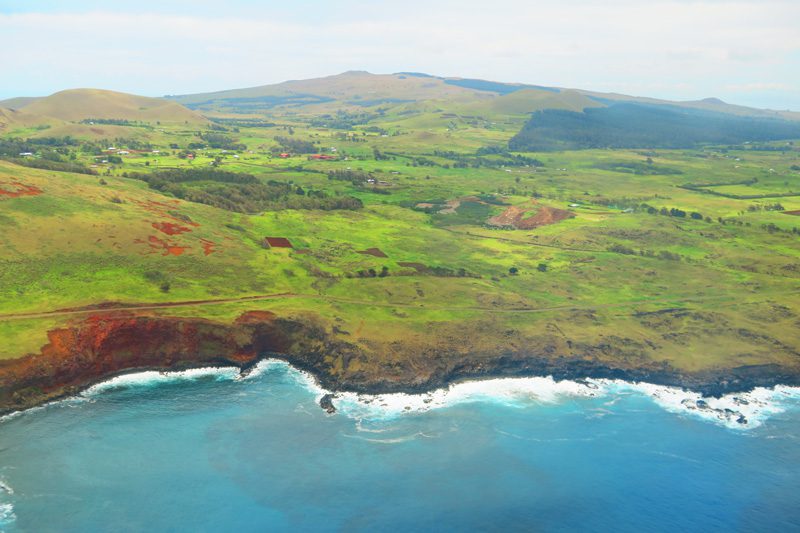 Easter Island was colonized by Polynesians who most likely arrived from Mangareva or from the Marquesas Islands, both of which are part of present-day French Polynesia. The beginning is not entirely clear, with a legend recounting the arrival of two large canoes led by future king Hotu Matu’a at Anakena Beach. What is entirely clear, thanks to soil and sediment samples, is that in prehistoric times, Easter Island was mostly covered in pristine forest mainly consisting of large palm trees and many edible plants. The island was also home to immense bird colonies. As the settlement expanded, chunks of forests were cleared for agriculture and birds were easy prey as a source of protein. During this period, modest temples were constructed, mostly consisting of stone platforms. 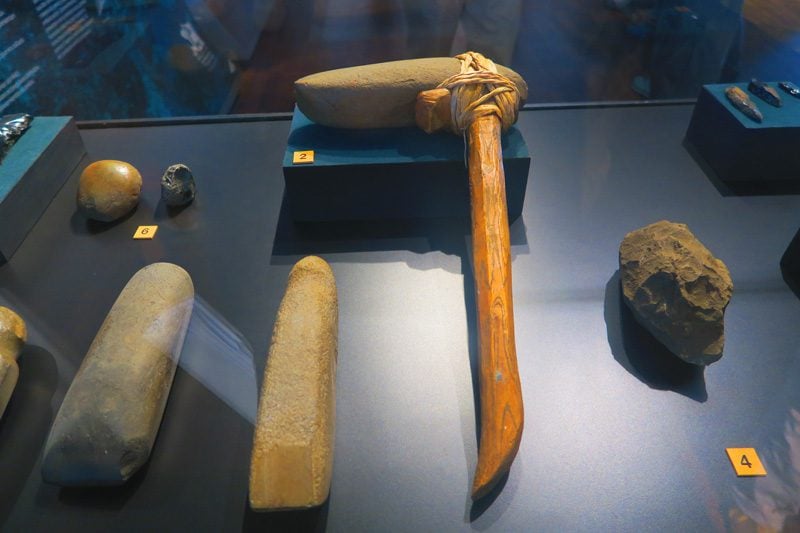 This is the period in which the nearly 1,000 moai statues were carved, transported and erected on some of the 300 ahu (temples) found throughout the island, mainly along the coast. The local population was split into various tribes, each of whom had its own temples. Urged by the chiefs and in response to either inter-tribal competition or the gradual depletion of natural resources (or both), larger and larger moai were carved. To fuel this obsession, more and more natural resources had to be consumed until “the point of no return” was reached and society started to (quickly) collapse, still living in complete isolation from the outside world. 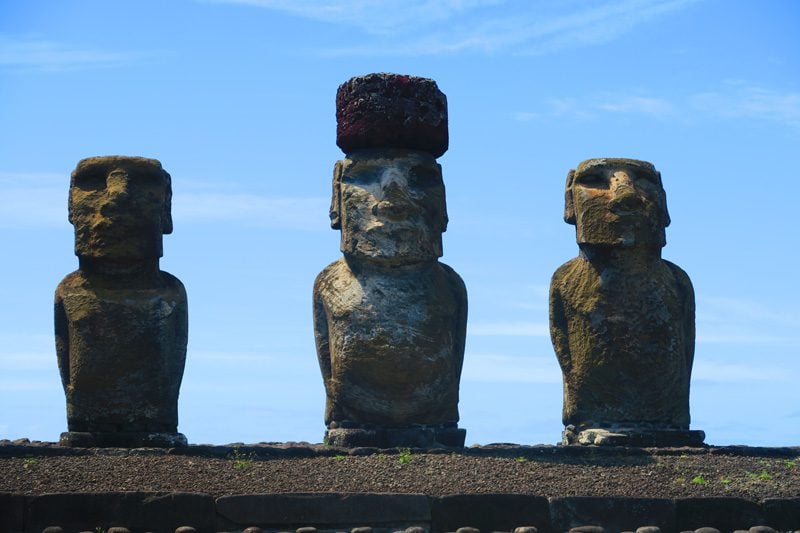 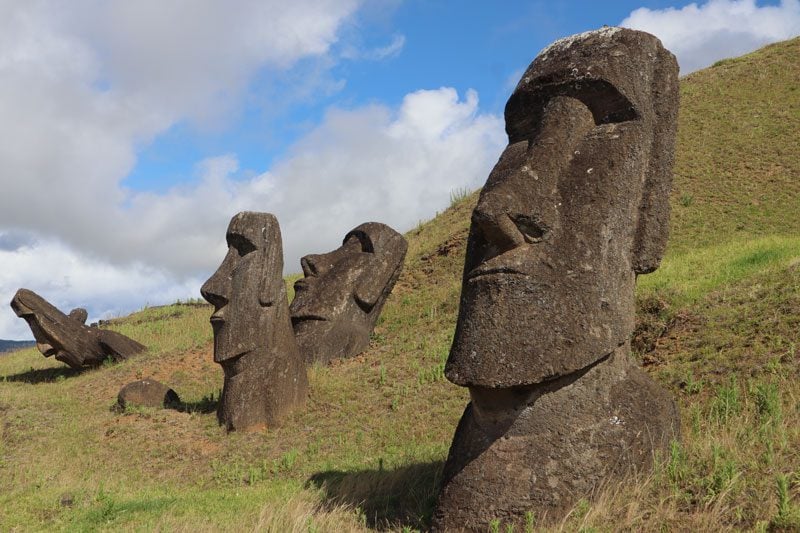 These roughly two centuries are the most tragic in Easter Island’s history. During this time, intense inter-tribal warfare broke out, characterized by extreme violence and highlighted by the toppling of all moai statues from their platforms. Since it was believed that a moai represented the tribe’s ancestors and that its mana (spiritual energy) protected the tribe, by destroying the statue, rival tribes sought to extinguish the mana thus eradicating the “enemy”.

By the time Easter Island was “discovered” by Europeans in 1722, it is reported being completely barren and its population poor, weak and without the means to efficiently fish. Future visitors would bring with them diseases and report in succession of the gradual toppling of moai until none were left erected by 1868. 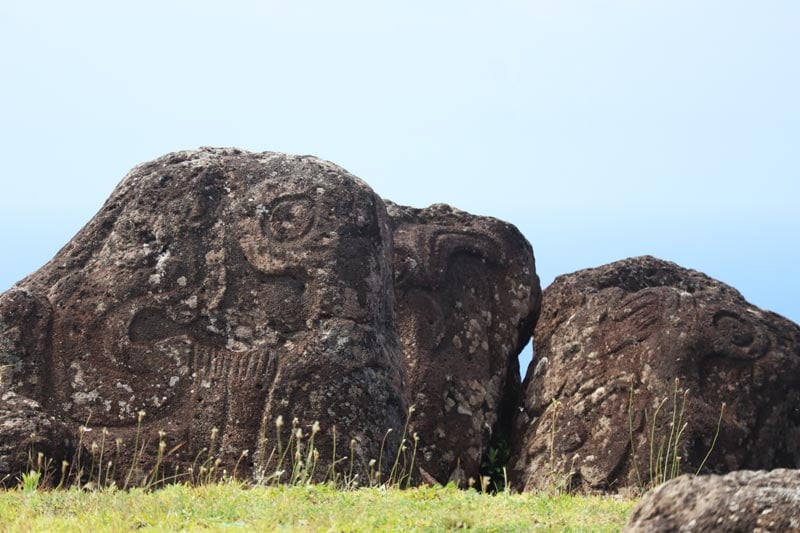 During this time, the new birdman religion took over the island, led by the warrior class as opposed to hereditary chiefs. In 1862, thousands of Rapanui were kidnapped by Peruvian slave raiders to work on remote guano mines, included many of the island’s scholars. Most were never to return, a major reason for why so little is known about the island’s ancient history. The few who returned were sick and infected the tiny local population until only 110 Rapanui were left. In 1868, Christian missionaries arrived on Easter Island.

Easter Island was annexed to Chile in 1888, mainly because no other “superpower” was interested in this remote outpost. The government immediately leased the island to a sheep farming company and local Rapanui were confined to a small section of the island (present-day Hanga Roa). Islanders became Chilean citizens in 1966 and gradual development began. Today, nearly 50% of the island’s population of 8,000 is Rapanui with the rest being Chilean families from the mainland. Locals enjoy a high degree of autonomy and favorable land ownership laws though pockets of resentment towards Chilean control and a small independent movement do exist. 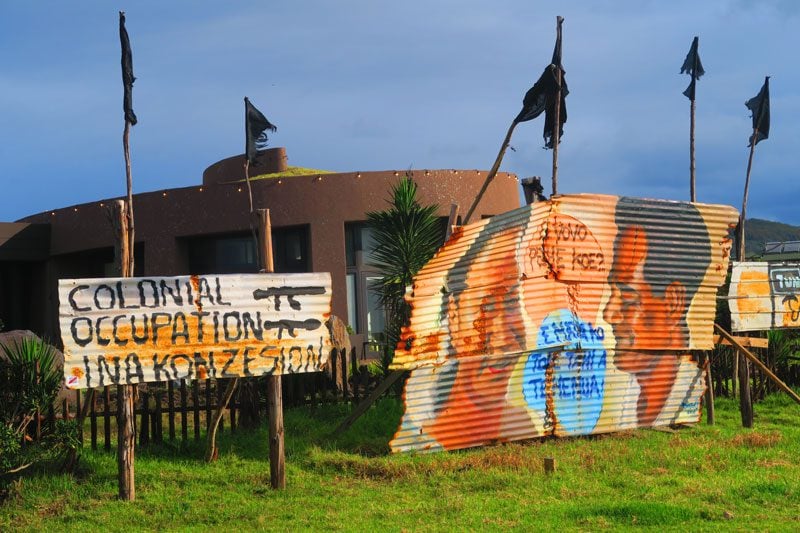 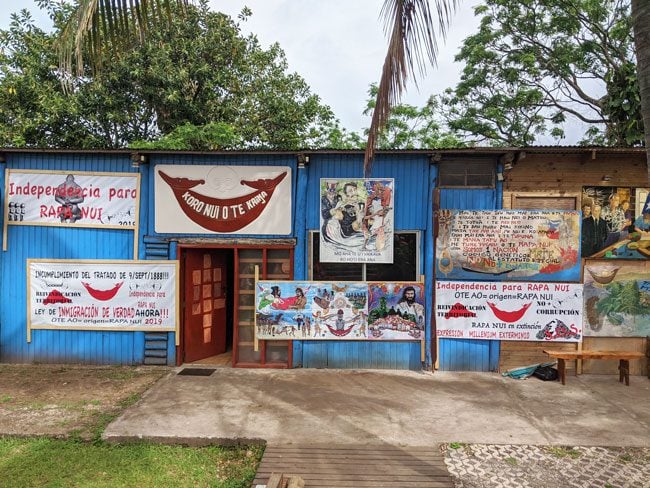 Now that you understand the context, head to the next page for some essential Easter Island travel tips! 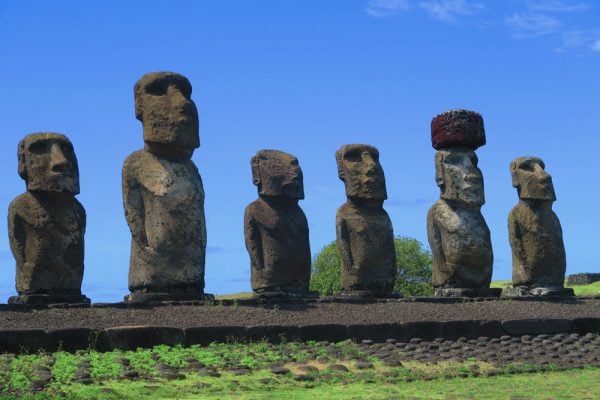 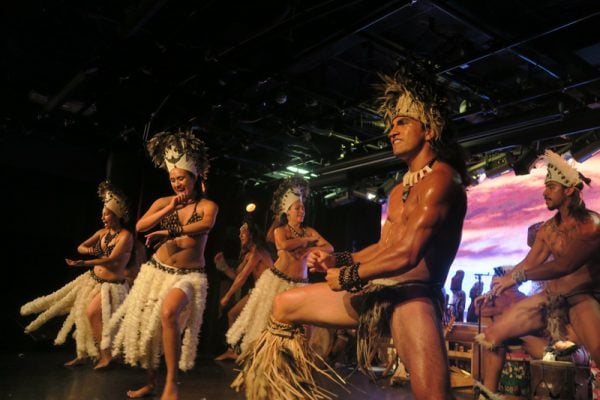 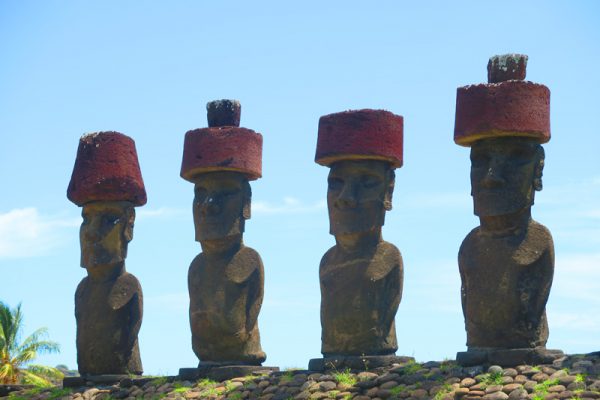 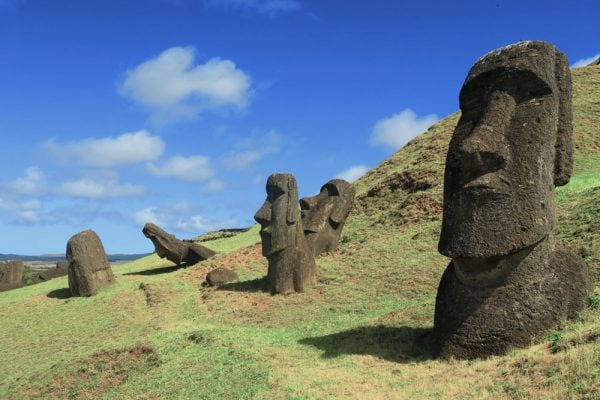 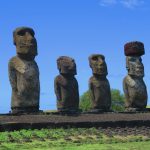 One of the world’s greatest mysteries, a visit to Easter Island is an exercise for ... 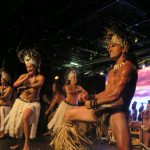 A trip to Easter Island and the easternmost tip of the Polynesian Triangle is an ... 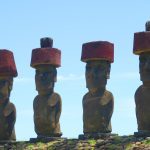 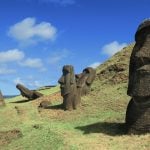